Happy Independence Day Ghana!!!! 57 years ago we won our Independence from colonial
rule. Ghana is the first Black African country to become independent. 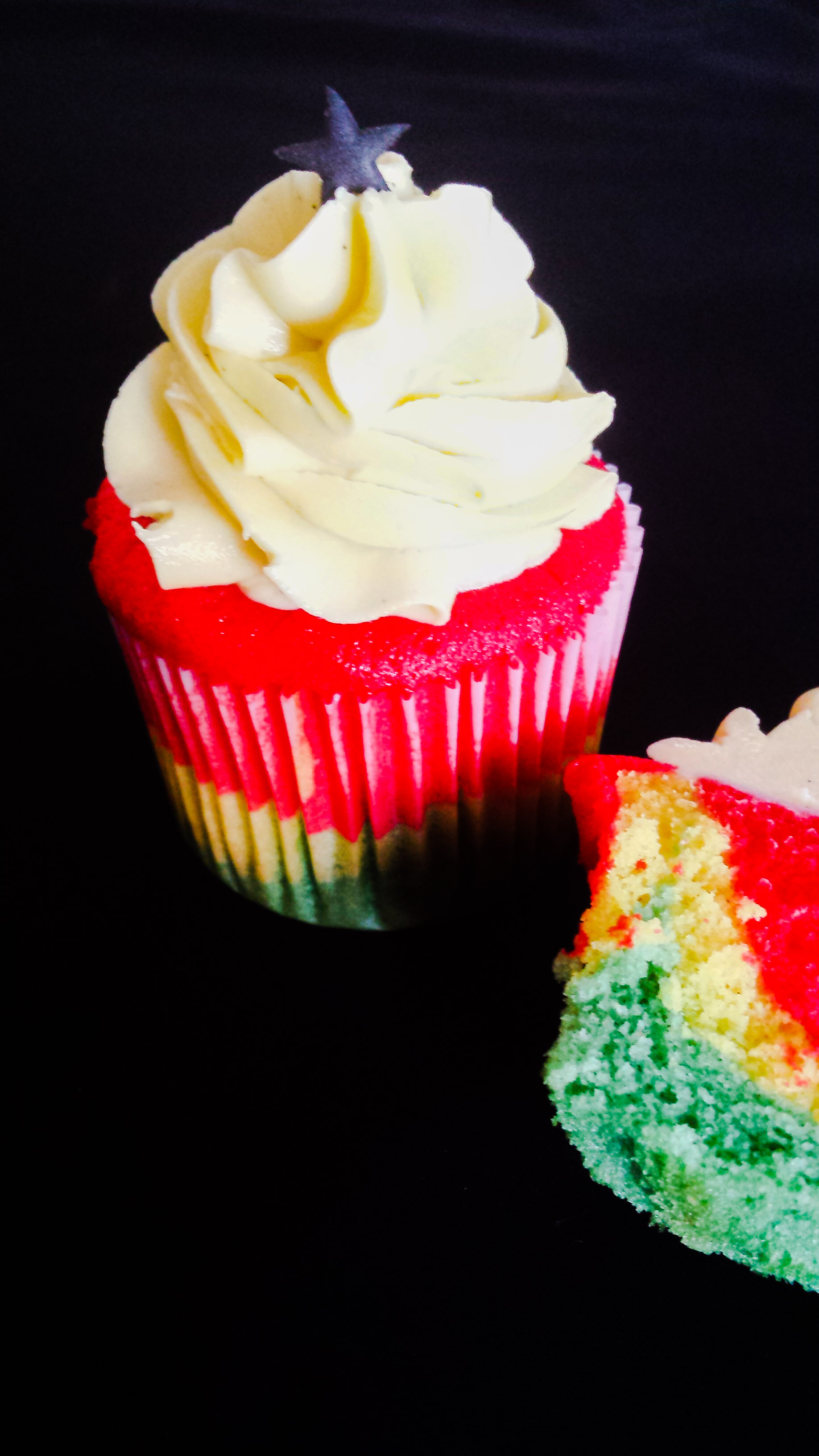 In celebration of such a great day i decided to bake cupcakes inspired by the colours the
Ghanaian Flag.  The Ghanaian flag is made up of the colours red which represents the blood
shed to gain independence , gold represents the industrial mineral wealth of Ghana  and green
which symbolises the rich grassland of Ghana  and the black star which is a symbol of the
Ghanaian people and African emancipation. 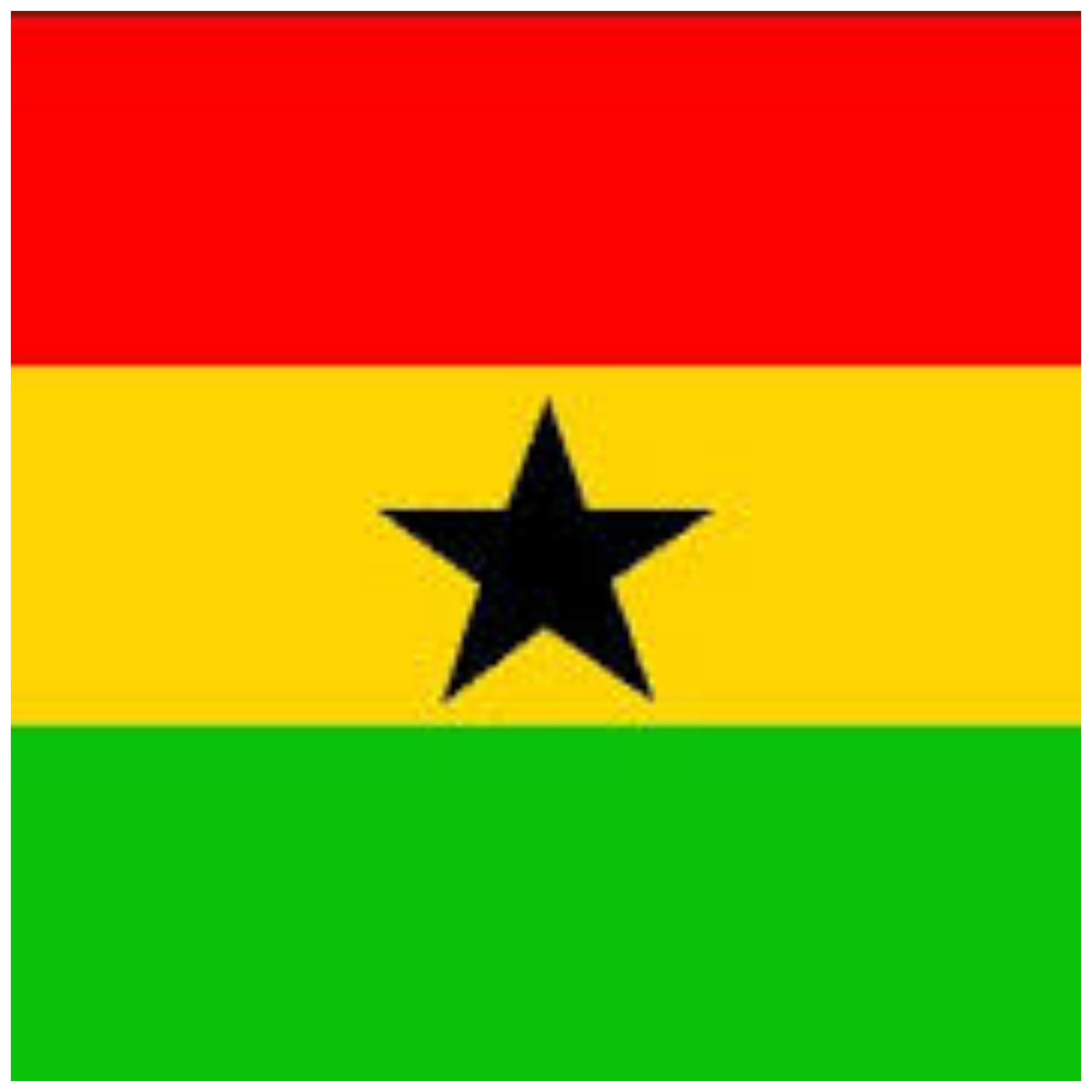 I used my classic vanilla cupcake recipe and tinted the batter to the colour of the Ghanaian flag .So lets say there where a couple of lessons learnt when layering the cupcake cases with the three different colours. At first i used an icecream scoop, so first layer of green went in fine, then when it can to the yellow layer i found when i tried to spread the batter on top of the green they started to mix. Light bulb moment!!! Piping bags, my solution . Success at last. So much easier piping the different colour batters into the cupcake cases. Though next time i will use larger cupcake cases. There was a bit of a mess made in my kitchen whilst making this cake. The colours just found a way of getting everywhere. Shame on me!! Coco was roped in to cut out the sugarpaste stars. Team work. 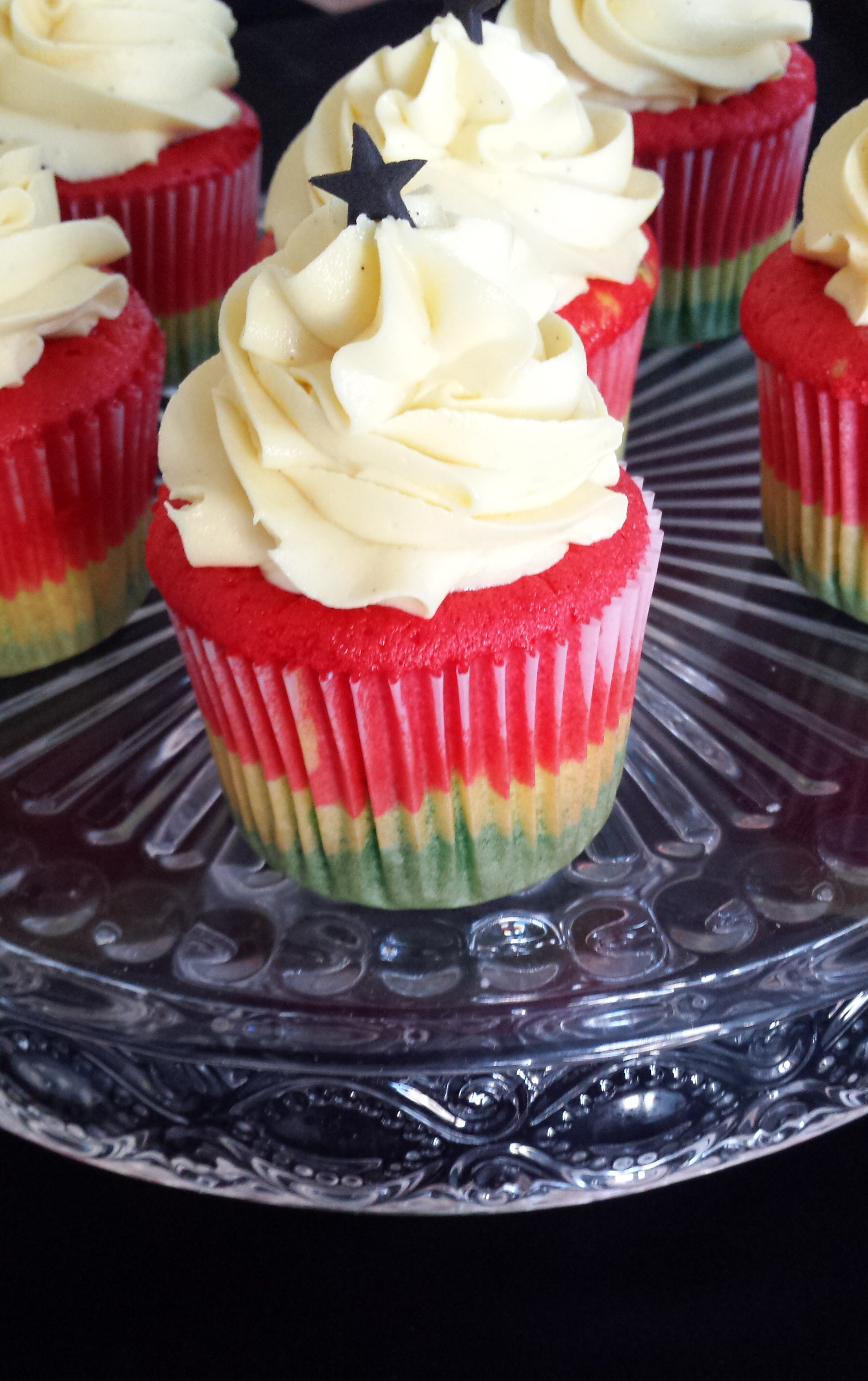 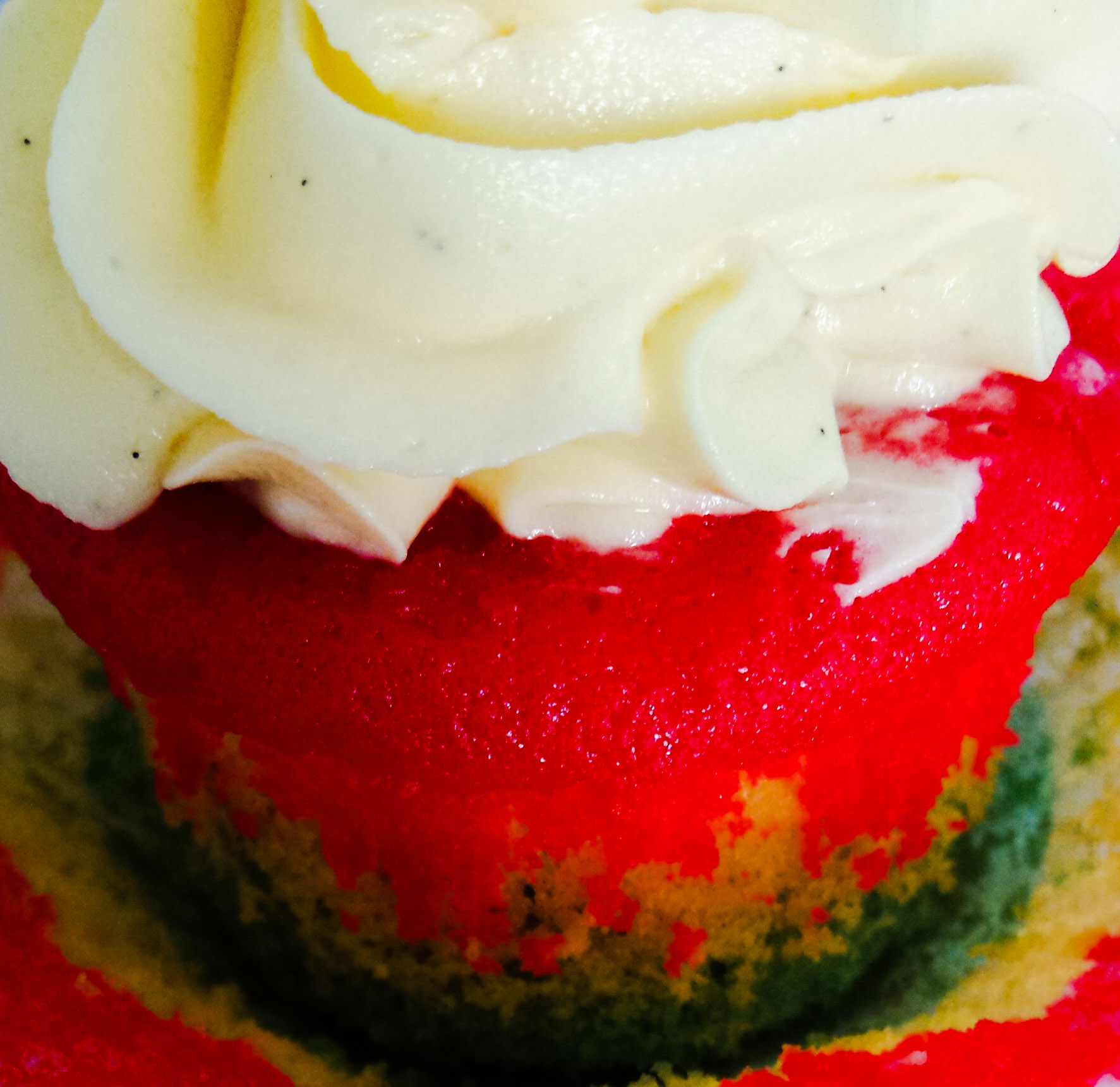